In case you haven’t been running trunk, or haven’t tried out the latest release candidates (you really should), you should know that dolphin has had a lot of major improvements since the last release. One of the features I really love is better Nepomuk integration. This enhanced user visibility lands up exposing bottlenecks, and performance problems. That’s exactly what happened with the nepomuk search kio slave.

Dolphin exposes this neat sidebar which allows users to list out the different kind of files - Documents, Images, Audio and Videos. A little more than a month ago, I tried it out and was quite disappointed with both the performance and the results. It was quite normal for dolphin to popup a message saying that ’nepomuksearch’ kio-slave had crashed.

Needless to say, RC2 fixes most of the issues and the performance is quite good. 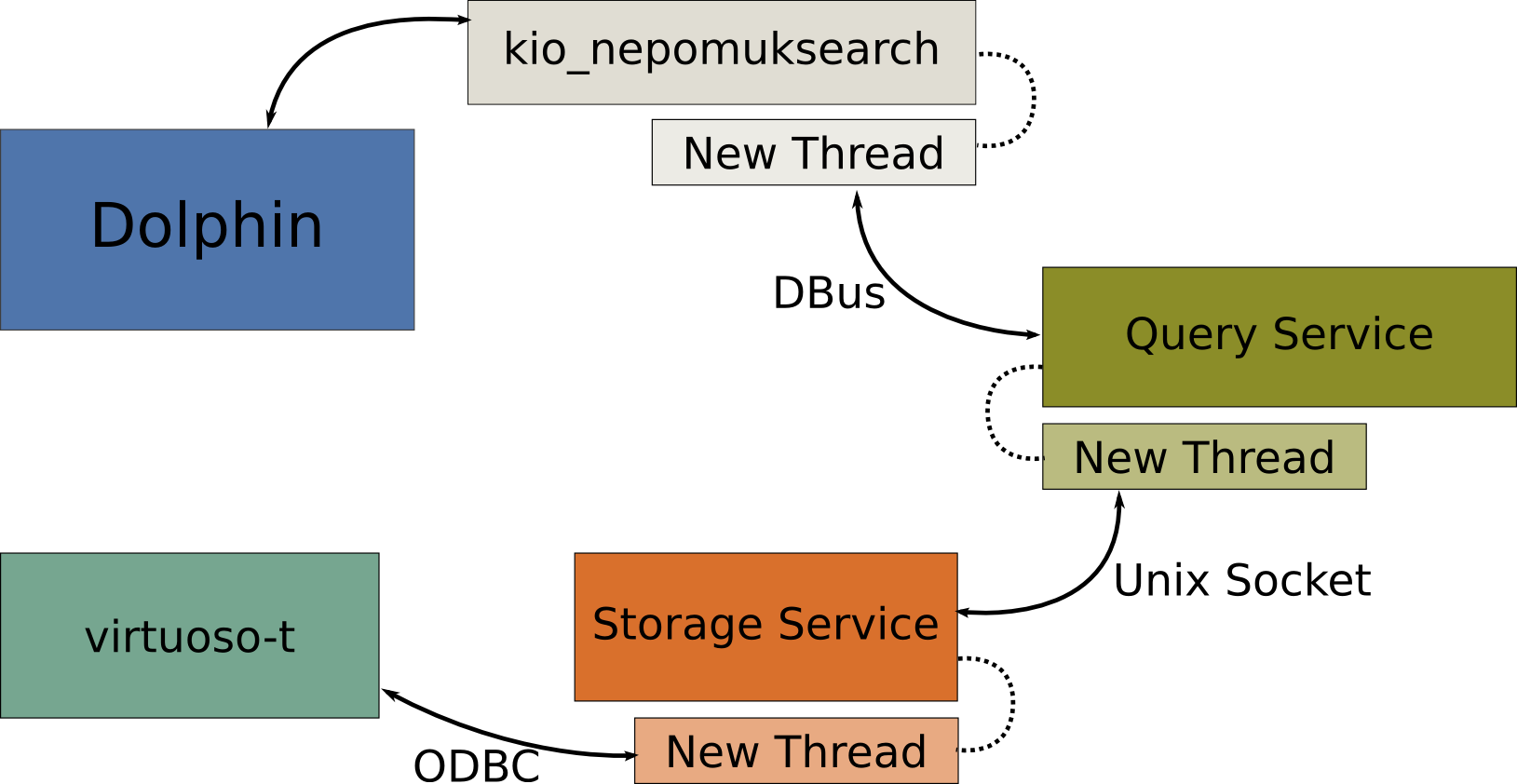 If you look closely you can see the large number of useless threads that are spawned in the process of one query. The kioslave spawns a separate thread in the kio_nepomuksearch process, and then the Query Service spawns another thread on which it actually runs the query and send the results back via dbus.

The thread of the nepomuk kioslave is just running an event loop waiting for it to get the results over DBus. This is especially useless, cause kioslaves can be blocking.

The second big bottle neck is the transmission of the query results over DBus via the queryservice, and the extra thread that is spawned cause of that. You might just ask - “What the point of the query service anyway?”. Well it exists to cache query results and to provide query updates, so it isn’t a complete waste.

However, the extra overhead didn’t seem worth it. 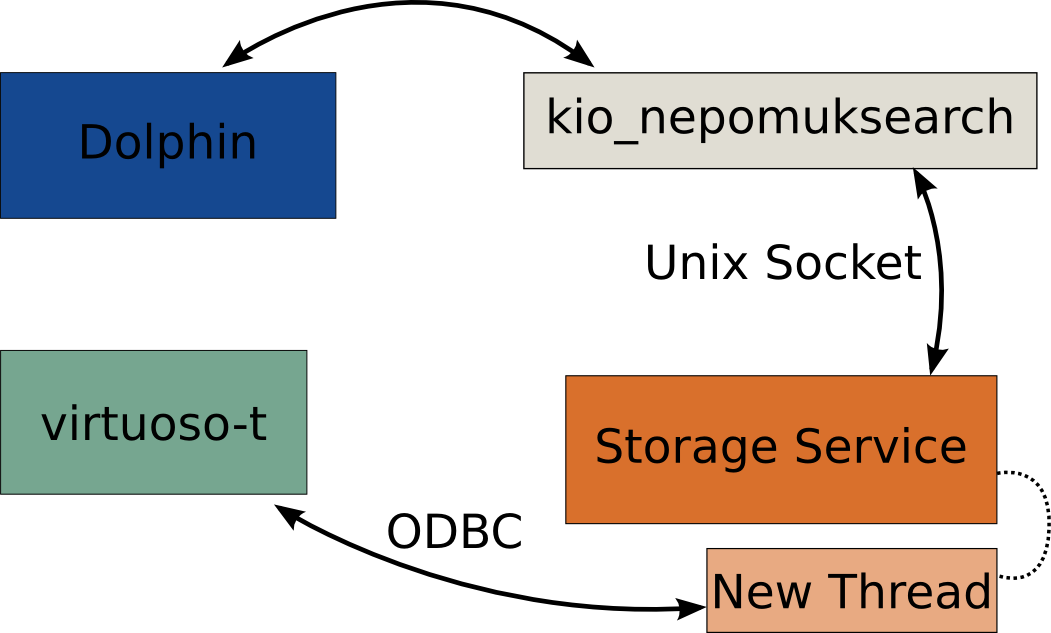 The extra threading has been removed from the kioslave, and it now directly communicates with the storage service to run the queries. It seems a lot cleaner this way, and is a lot faster.